A Shower With Love Baby Shower 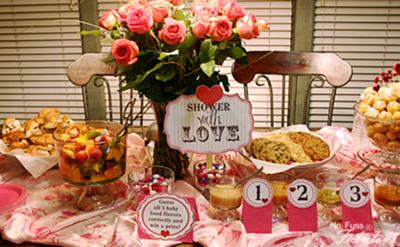 ~This celebration story was shared with us by Loralee Lewis~

When Loralee of No Fuss Fabulous decided to host a baby shower to honor a dear friend and coworker of her husband's, it was nothing short of Fabulous! 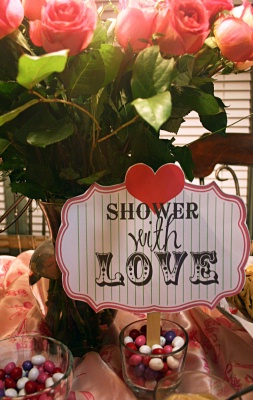 She settled on a "Shower With Love" theme to go with the Valentine's season. Don't you love these invitations? They are actually the self-printable kind. No kidding. She purchased them at Target and then used different fonts to customize them. 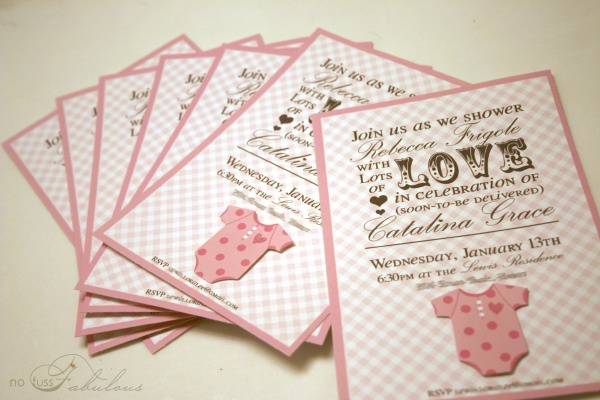 Loralee is a whiz when it comes to creating party printables, she made all the printables you see in the pictures.

The theme Loralee followed for this party was...keep it simple. She told a story about having all these fabulous homemade desserts planned to wow the guests. She was slaving away at making them and came to a point where she was overwhelmed by the HUGE task she took on. (I can definitely relate with this!~) So she stopped everything and ran to Costco. She ended up with simple and easy desserts that were delicious and was able to lower her stress level so she could enjoy the party.

I love the way she decorated the food table. Fresh flowers are a beautiful centerpiece idea. 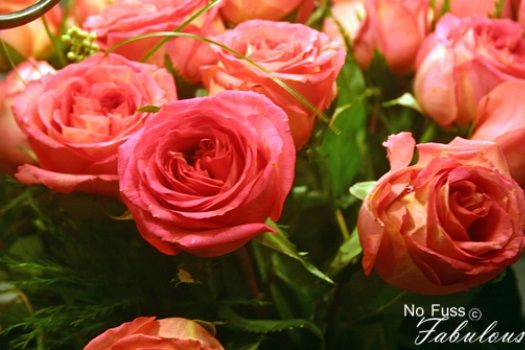 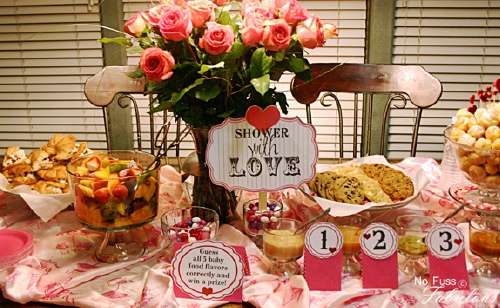 Since it was close to Valentines, she was able to get great decorations with the heart theme. She used jelly beans in trifle cups to hold her signs and sprinkled candy hearts around as a cute decorative touch.

One of my favorite decorative ideas she used was so clever! She used the heart Foamies that you can find in the scrap booking section of most stores. 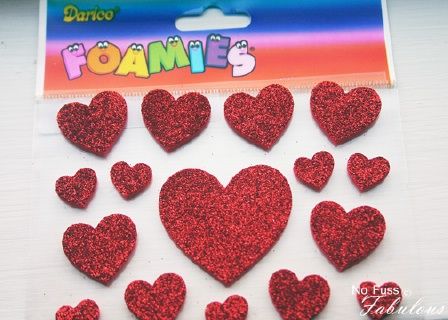 They have an adhesive on the back of the hearts. She placed a toothpick in between 2 hearts and used it as a cute food pick for her cream puffs and cupcakes. So cute!! 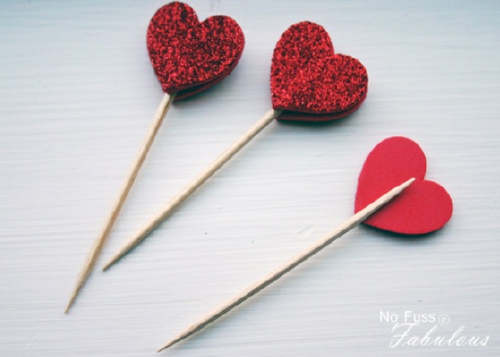 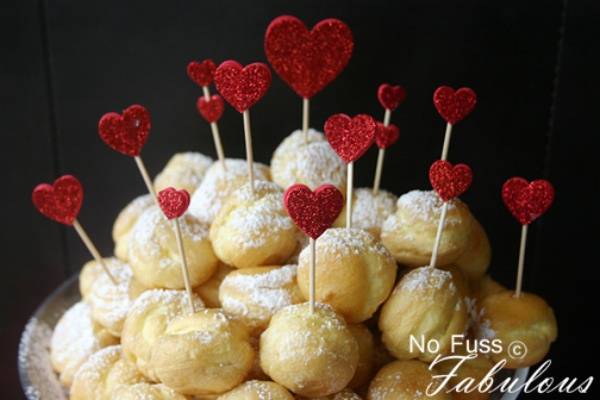 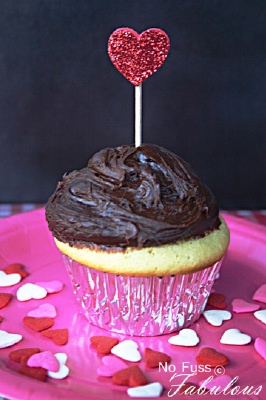 Another cute decorating idea she had was to take water bottles and remove the label off of them. Then tie a ribbon bow on top that matches the party theme. Easy and Fabulous! 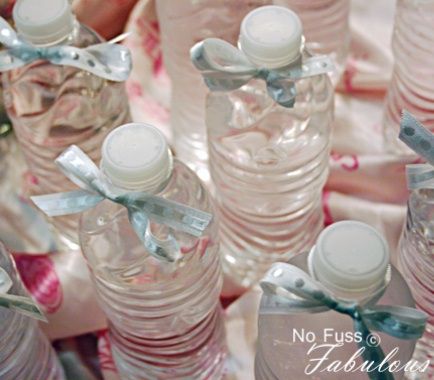 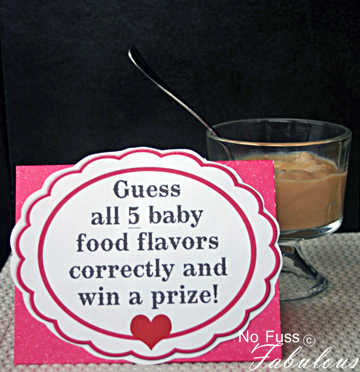 Since it was a coed event, she put together simple and fun games for the guests to enjoy. It brought a fun and competitive spirit to the party. :)

She placed 5 different kinds of baby food in containers. Each guest had a chance to guess the flavors. The people who guessed all 5 flavors correctly won a prize.

Change The Baby Doll Race:
The guys also had a race to change a doll one handed and put a bow in the doll's hair. I love this game because it is so much easier for women to multi-task things like this. Guys struggle so much! lol!

Thank you so much for letting us share your baby shower story, Loralee. You did a beautiful job putting it together.