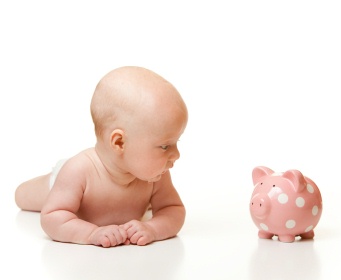 As a friend who has been to many baby showers, but not yet my own, I thought a very caring gift-giving idea for mothers who don't want more gifts. I will be doing this as well, when I start having my own.

If the hostess, or mother-to-be, decided instead to hand deliver their invites to their friends/family/co-workers, and as a special gift to the child from them, the guests will be given each an empty baby bottle (some mixes between 4oz and 8oz) and which will have a small slit cut at the top (next to the nipple) for coin/money deposit.

Each of the guests will then bring baby bottle back (which they can contribute as much money as they want) and it will be donated to the Children Network at St. Jude's Hospital (or any other children's related charity in their area). When the guests arrive at the shower, they can place each bottle in a cute basket and which then will be delivered later. It doesn't matter how much each guests puts in, but the thought that really counts. After seeing many children in need, I feel that giving back to the community of needy children is a greater sign of love to others and their families than buying unwanted gifts.

A Comment from the editor: Great idea Diana! A celebrity recently did something along the charity theme idea. Nicole Richie had her baby shower guests contribute to a foundation her and her husband set up in their child's name to help underprivileged mothers. You can read about her baby shower here.